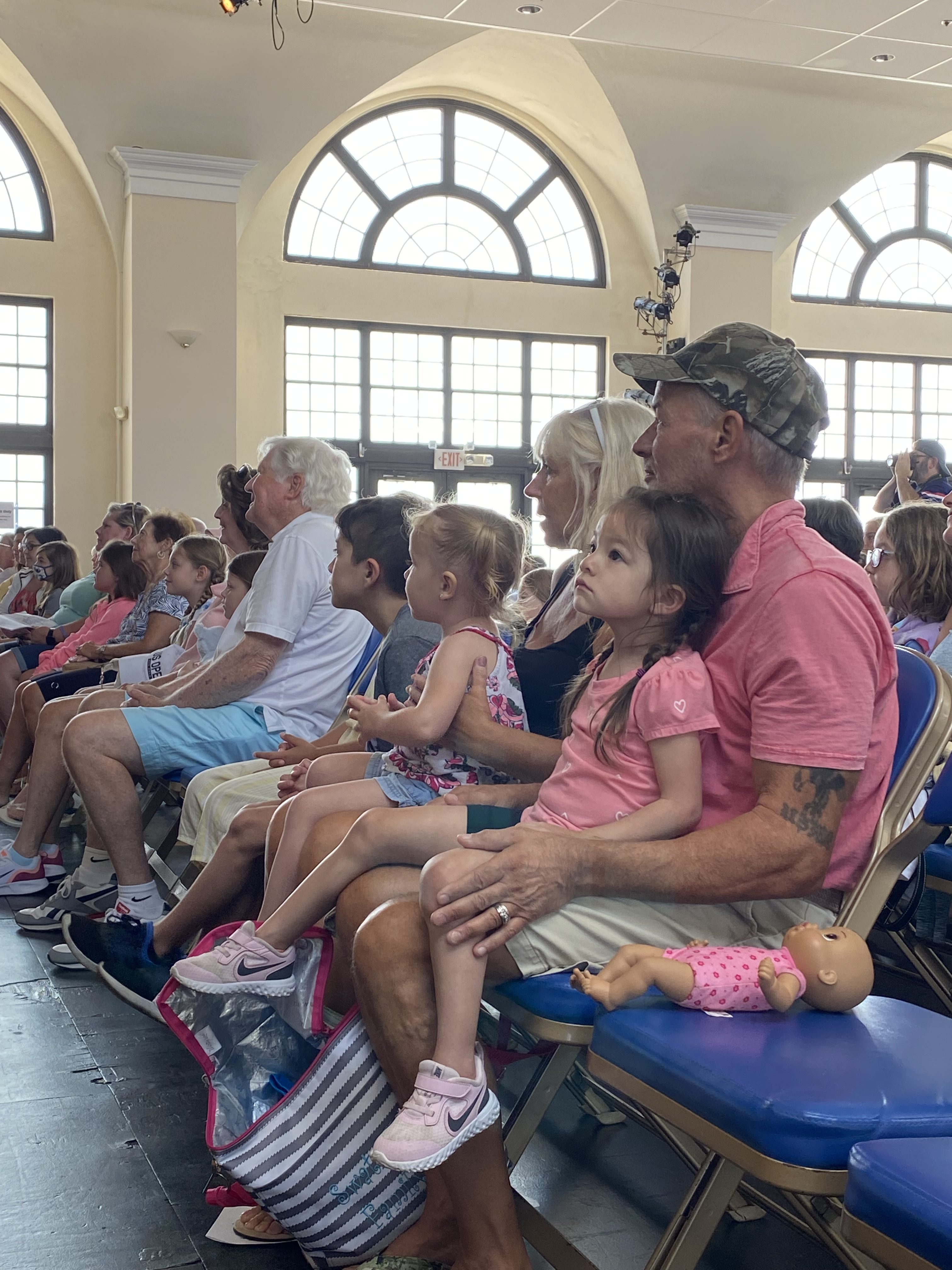 Ocean City, NJ – The Greater Ocean City Theatre Company is proud to announce its 2022 Summer Children Theatre Series! Tuesdays at the Ocean City Music Pier will feature five fully-staged family musicals at 10:30am, with select shows at 6:30pm beginning July 5th until August 2nd. All tickets are $10 in advance and $12 on the day of the show. Individual show tickets will go on sale at 9am on February 7th. To purchase your tickets, call 609-399-6111 or visit oceancityvacation.com/boxoffice. If you are interested in buying tickets to all five shows for one low price, email info@oceancitytheatrecompany.com to join OCTC’s Children’s Series Subscription Program.

The 2022 Children’s Theatre Series will feature the following shows:

JULY 5th – MADAGASCAR The Musical – Join Alex the Lion, Marty the Zebra, Melman the Giraffe, Gloria the hip hip Hippo, and, of course, those hilarious, plotting penguins as they bound onto your stage in the musical adventure of a lifetime. Based on the smash DreamWorks animated motion picture, Madagascar – A Musical Adventure follows all of your favorite crack-a-lackin’ friends as they escape from their home in New York’s Central Park Zoo and find themselves on an unexpected journey to the madcap world of King Julien’s Madagascar. 10:30am & 6:30pm at the Ocean City Music Pier.

JULY 12th – GO DOG GO – P.D. Eastman’s classic children’s book comes to life on stage in an exploration of movement, color, and space. The dogs delve into life with gusto, creating a visual spectacle for the audience to feast upon. They snorkel. They howl at the moon. They ride a ferris wheel. They sing and dance and climb trees. This is a rollicking free-for-all of chicanine-ery. A big and little musical world of doggy fun. Like a pop-up book that comes to life – and never stops! 10:30am & 6:30pm at the Ocean City Music Pier.

JULY 19th – NAKED MOLE RAT GETS DRESSED – Naked Mole Rat Gets Dressed: The Rock Experience is a rock’ n roll parable with a significant message for today’s audiences, based on the hit children’s book by Mo Willems. Wilbur and all his fellow naked mole rats in the Tunnel have always been, well…naked. Wondering what other possibilities are out there, Wilbur discovers a love for clothing and style. When word of his new passion turns the Tunnel upside down, he proves to everyone that there’s no need to be just like everyone else. 10:30am & 6:30pm at the Ocean City Music Pier.

JULY 26th – THE TRUE STORY OF THE 3 LITTLE PIGS – There are two sides to every story, and when the Big, Bad Wolf takes the stand in Piggsylvania’s Trial of the Century, he finally gets his say. But whether he’ll get a fair trial in a corrupt piggy court is anyone’s guess. Will the pigs’ splashy puppet show make a puppet out of justice, or is the wolf’s catchy song and dance about a sneeze gone wrong all razzle-dazzle? Enter the jury box and decide the fate of Big ‘n’ Bad in this musical adaptation of the hit children’s book. 10:30am at the Ocean City Music Pier.

AUGUST 2nd – SUPER SIDEKICK THE MUSICAL – When famous superhero Blackjack the Bold is kidnapped by an evil sorcerer, it’s up to his assistant Inky to step up and save the day! Little does he know that he’ll also have to contend with Ninja Koalas, dark caves, secret weapons, and an abducted princess who’s considerably braver than he is. Colorful characters, witty humor, and an upbeat catchy score make Super Sidekick: The Musical a treat for young audiences. 10:30am at the Ocean City Music Pier.