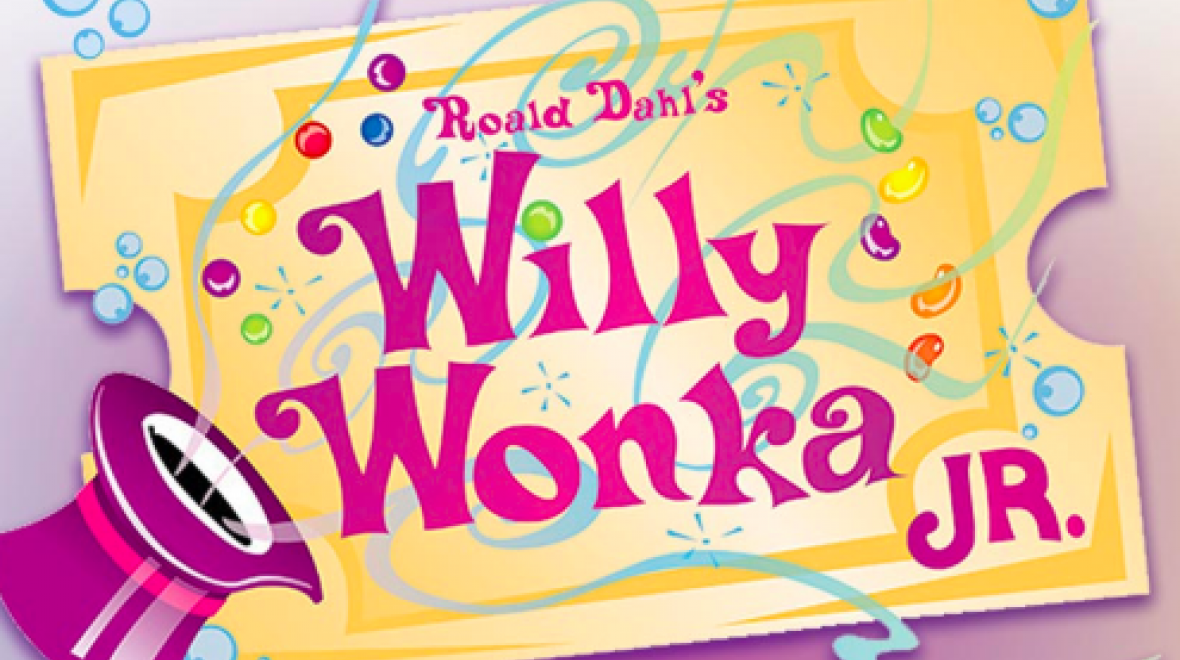 WILLY WONKA JR Featuring Students in 3rd – 8th Grades
Presented by the Ocean City Theatre Company
Words and Music by Leslie Bricusse and Anthony Newley
Adapted for the Stage by Leslie Bricusse and Timothy A. McDonald
Based on the book Charlie and the Chocolate Factory by Roald Dahl
Presented through special arrangement with Music Theatre International (MTI).
All authorized performance materials are also supplied by MTI.

Roald Dahl’s Willy Wonka JR. follows enigmatic candy manufacturer Willy Wonka as he stages a contest by hiding golden tickets in five of his scrumptious candy bars. Whomever comes up with these tickets will win a free tour of the Wonka factory, as well as a lifetime supply of candy. Four of the five winning children are insufferable brats, but the fifth is a likeable young lad named Charlie Bucket, who takes the tour in the company of his equally amiable grandfather. The children must learn to follow Mr. Wonka’s rules in the factory — or suffer the consequences.